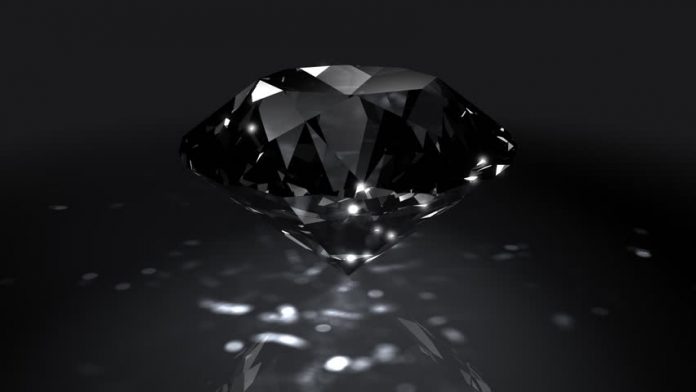 What Are Black Diamonds?

Black diamond or Carbonado is formed with a polycrystalline diamond composed of graphite, diamond, and amorphous carbon. It is commonly found in Brazil and the Central African Republic, where it is abundantly formed in alluvial deposits. Black diamonds are originated in younger forms of sedimentary rocks and adjacent to natural water sources. Unlike other diamonds, carbonados can’t be found in kimberlites, and some comprise a higher level of carbon.

Diamonds are forever because of their strength and resiliency, but black diamonds are more rigid and durable than any other type of diamond. In the Mohs hardness scale, carbonados measure ten, making it extra challenging to cut and requires a skilled cutter to do the procedure.

Aside from the question if carbonados are natural diamonds, another topic that comes with this element is its actual origin. Geologists and scientists have divided opinions about the natural source of colored diamonds, particularly black ones. Various theories are constructed and tagged with carbonados. Some even formulated their hypotheses about it, and even up to this day, the issue regarding its existence is still under serious debate.

The standard hypothesis regarding the formation of diamond is the direct conversion of high-pressure organic carbon located in the earth’s interior. Many believe that it is triggered by meteoritic impact within the earth’s surface. Other theories consider the radiation due to the sudden breaking up of thorium and uranium elements. In comparison, some theorize that black diamonds are remnants of an asteroid coming from interstellar space.

Others also consider that the formation of black diamonds is from the explosion of a supernova that hit the Earth billions of years ago. When it drifted to outer space, the gigantic mass went directly to the earth in a meteorite form. Many believed that carbonados fragmented upon their entry to the planet’s atmosphere, which landed and split into the Central African Republic and Brazil regions, being the two areas rich in black diamonds. However, these formulated hypotheses are still unconsidered to be factual in the scientific world.