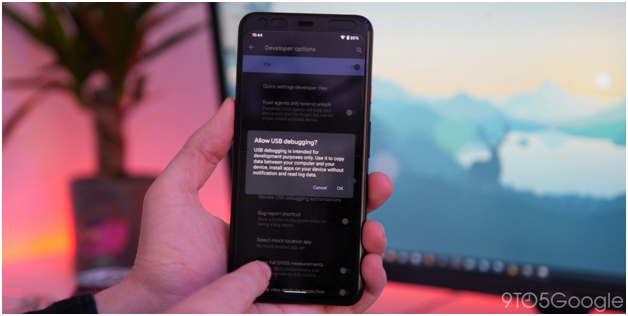 Android never disappoints its users with the continuous process of integrating improvements into the Operating System. With the untiring efforts of Google developers, each new version of Android OS introduces huge updates to the platform. Google provides opportunities with its latest updates to utilize mobile app platforms to benefit businesses in various ways.  With the launch of Android 11, Google is all set to enhance the user experience further by introducing a wide range of new features. Various new technical enhancements and transformations have been noticed in the latest Android 11 OS that modifies the mobile app development market. Some features that Android lacked in the previous version of Android 10 OS has been overcome in this new advanced version.

Google has made big announcements regarding the new Android 11 features such as improved connectivity, better privacy features, new messaging interfaces, and many more. Check out the latest features of Android 11 to revitalize your mobile app development world.

Google introduced the Storage Access Framework to assist developers in accessing file-systems i.e. image editor or file manager. Due to the performance issues and poor reliability, developers refrained from using SAF. SAF was the right tool to take more secure measures but its limited usage made android modifies its strategies. Within Android 11, Google has brought scoped storage which changed the way files are accessed by the apps. This feature allows mobile apps to read and store data within secured folders only. Scoped storage has also limited access to photos, videos, and audio through restriction policies. It is designed to specifically handle fraudulent activities from accessing public data by ensuring high security.

Google was in the process of setting its own automation options since the time Siri shortcuts were launched by Apple. Google introduced automation through Google Assistant Routines, available in the Google Assistant tab, and accessed through the “Routines” option. This feature is helpful to automate several different tasks such as turning the lights on or off within your smart home or using smart devices to keep reminders. Multiple routines can be automated with the help of this amazing new feature. To make the shortcuts more accessible, Google should remove the need for third-party task apps.

Numerous businesses now use third-party apps for transforming their ideas into reality. The unique functionality of file sharing with advertisements generates great revenues for businesses. Mobile Operating System offers a file-sharing feature that makes it enjoyable especially in close proximity. Apple launched the AirDrop feature since then it has become popular among iPhone users. But with the latest rumors, Google is developing the Fast Share option to be launched with Android 11. It will make file sharing easier and faster than ever with a hassle-free and quick process.

A new feature has been introduced in Android 11 to handle dark mode. Using this feature, users can schedule times at which they want to switch their phones into the dark mode or return. You have the option to opt for dark mode by sunset and return to the normal light mode by sunrise. However, the choice is complete of the user whether they want to choose a dark mode or not. With this feature, the android phone will have the ability to automatically activate or deactivate the dark themes depending on the times of a day. Google wanted to ensure that the new version should be perfect from every aspect, thus integrating the latest updates depending on the user’s reviews.

Initially, the motion sensation feature will be on the pixel line of the Android device. It allows users to play or stop the motion sense gestures. Thus, you can stop your device while listening to music or continue playing the existing tune. It will be greatly beneficial when you want to communicate with a real person while constantly needing to interrupt your music. Some other motion gestures that operate across the device include automatic dark mode toggles and enhanced sensitivity setting to be used with screen savers. Mobile app development services also have the option to pin apps at the top of the share sheet, while on the other hand turning on flight mode doesn’t disconnect Bluetooth audio connection.

Business often focuses on the designing and development of the android app ignoring the fact that there are several other factors that affect the app’s success. Your android app can face massive failure if you aren’t able to grab the target audience’s attention. Make the most out of the above-defined powerful android 11 features to notice an immediate increase in your android app’s download figure. Use these functionalities to reach out to the right audience encouraging them to give your android app a try.

How spy software for WhatsApp helps to Monitor Employee’s Activities?